Marlin tasked me with making a recruitment video for AMT to get people to Cambodia, so naturally I decided to make something as silly as possible to make Cambodia stand out from the other countries.

The video was well received and captivated the incoming missionaries as well as long-term staff members in Overland.

Marlin, Zach, and I took a trip for Zach’s birthday to Steung Treng province near the Laos border. As is typical for our guy trips, we had an absolute blast.

We drove by a giant factory complex that Marlin claimed was abandoned, so naturally I suggested we go look at it to see if we could buy it for our mission’s base. The little toll booth entrance was boarded up and we could see bullet holes in the glass. Zach peaked in and could see Chinese writing on some paper scattered on the floor. Meanwhile, Marlin started talking to a groundskeeper about the state of the complex. He didn’t know too much and after talking to one of two other people we learned that the factory was still active processing sugar for the Chinese and that the housing had Chinese and Khmer living there even though it looked absolutely abandoned.

We moved on and arrived at the capital and went for a walk. A gang of small children immediately took a liking to me and many handshakes and greetings were exchanged as they followed us around. Eventually a middle-aged white man called out, “where are you from?” in English. It always takes me off guard when a stranger speaks to me in English. He explained that he has a restaurant that serves American and Khmer food so we went inside and ordered. It was a nice place with very cheap prices and a good selection. The man was German and his wife (though fluent in German) was Cambodian. Their young daughter played as we listened to Jorgen tell his story. His English was slurred but he was funny and delightful. They hadn’t had a customer in ages so the wife left to buy ingredients fresh from the market.

The food was delicious and the portions were way too generous. Jorgen taught us some karate moves and was about to show us something with his wife that he called “bed karate” when he laughed and stopped himself.

Marlin got their info and invited them to come visit him sometime.

The next day, Adam arrived from Phnom Penh and we set out on our journey. We tried to find a way to cross the Mekong river to enter Laos but due to flooding or something we couldn’t, but we found some Laos people on the Khmer side. After that, we drove to where the military was setup. The military wouldn’t let us cross this month but said things would be resolved by next month.

Upon seeing some Buddhist monks working in girded skirts, Zach insisted on learning how they tie their “underwear” like that. So we got out of the car and Marlin talks to them and they take us into the pagoda to demonstrate how to wear it. When talking to monks there’s a whole different set of vocabulary you’re supposed to use but the monks are real forgiving of us since we’re foreigners. The head monk said that they could dress me and Adam but that Marlin and Zach were “too fat” and that it wouldn’t look “beautiful.”

They asked Adam to bow to the Buddha statue first, but after explaining that we were Christians they let us forego that. They dressed Adam up and reminded him that he’s not a real monk and that he’d get in trouble with the government if pictures of him dressed like a monk got out online.

Marlin started asking questions about Buddhism and what the monks believe and I translated their conversation into English so that Zach and Adam could understand what was being said. After they shared about Buddhism, Marlin shared about Jesus and eternal life and heaven.

There was good conversation and the monks offered to let us stay in the pagoda for the night. So we did that and I used my projector to watch the Emperor’s New Groove with the young child monks on a wall. (Yes some day we will show Jesus films, but we can’t do that inside the pagoda) 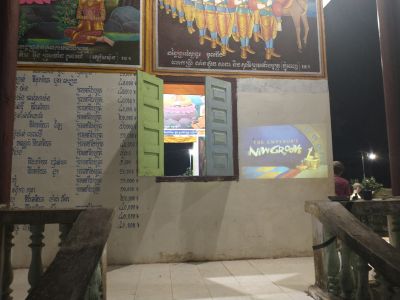 The next day we made our way back and we met with one of Thanak’s friends who is a teacher in a village and one of the only Christians there. We encouraged him, blessed him, prayed for him and we’re believing God will make a way for him to shine the light of the gospel wherever he is.

The next week at Cierra and Hlan’s request, I catered 200+ of my no-bake cookies to their wedding in Rattanakiri which is by the Vietnam border.

They had a lovely little wedding.

When I got back home from that trip I found that I was home alone, just me and a bunch of farm animals to look after. I also tried to catch up on the homework and language studying I had gotten behind on during those trips, it was a lot. I know I shouldn’t have, but I got very lonely, discouraged, and stressed for a few days.

I’m used to living with 15 other people and always having a baby to hold, so being alone hits me hard sometimes. Though sometimes for an afternoon or a day or two I have a blast by myself singing songs and reading the word. I just had no idea I was so emotionally connected to all these people until I felt the weight of all of the disconnect at once. So I was very emotionally down for a few days.

However, the next morning I woke up early, determined that I was not going to let circumstances or my soul tell me how to feel. I sought the Lord with fervor, ignoring the tests and responsibilities coming up and set my mind on the real vision which is Christ.

It was an important reminder to me that Christ has to be my sole comfort and my sole joy.

Finally, Amy came back after 3 months in the States, and she brought her freshly married 20 year old daughter with her. It was awesome being a family again and having a little sister for a week.

Which actually got me thinking, it’d be easy to get one of my real sisters over here, so Bonnie is coming to Cambodia next month.

Only one more dentist appointment left. I now brush my teeth twice a day and floss once a day. It’s never too late to admit you’ve been wrong and to change your habits and correct your mistakes. If you think you’re too old to change, you’re wrong! We’re new creations (in Christ) that means we aren’t old. 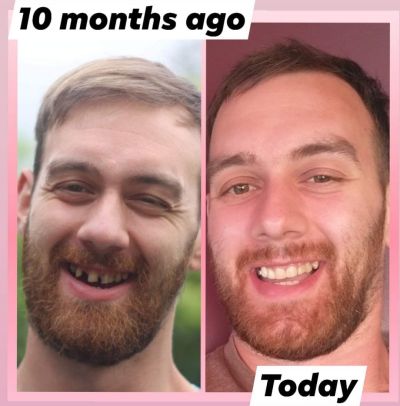 We’ve had a couple baptism events and they’ve been amazing. 5 people got baptized for the first one and 8 for the second. The church in Kantuout and others are growing and it’s amazing to see the believers mature and doing the work of the ministry. I’m so proud of them. 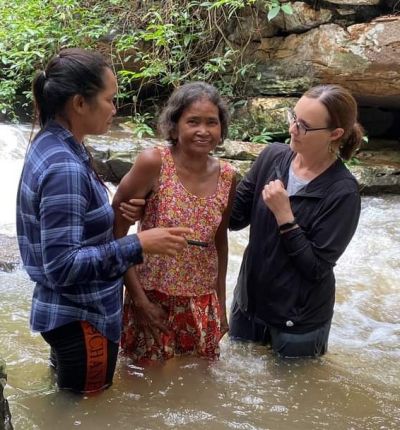 sorry that it’s been so long since I’ve written one of these, I’ve been busy.