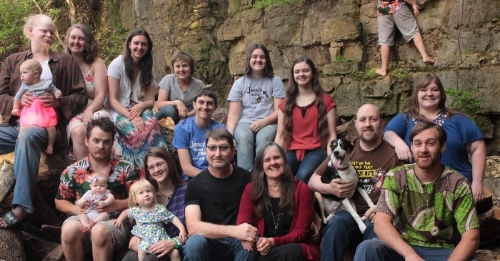 I took a new family photo for my family a few weeks ago, and it’s the best one ever according to Reece.

So I’ve been waiting on documents for my visa for a month when Micah tells me last Saturday that he’s in Florida going to be working at Overland Missions’ World Headquarters and that I need to get down there immediately. So I talked to Marlin and Sunday night he says that yes I should go while they’re working on my visa. So Monday I book a flight and Wednesday I flew to Florida.

At that time of night, the busses only went halfway to Overland Missions’ beach house, so Micah (my roommate, and fellow missionary also waiting on his visa to Cambodia) picked me up.

So they’ve been putting me to work at the world headquarters. Jesse appointed me maintenance man, so I’ve been painting and touching up walls and removing and adding fixtures. It’s fun, the other people in the office appreciate my meticulous attention to detail (though Tom Kehoe would say that I’m “making cookies” (which I did at the beach house after work)) 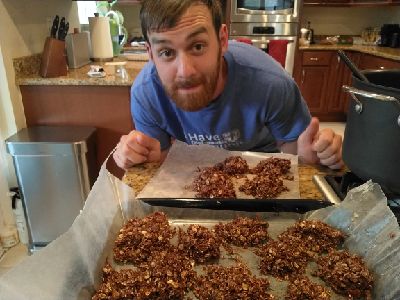 It’s a blast at work and there’s a lot of great people I see while working.

“Hey, I know those Crocs!” Said Caleb Harding excited to see me working in the office. His wife Madison and he are good friends of mine who lead expeditions. 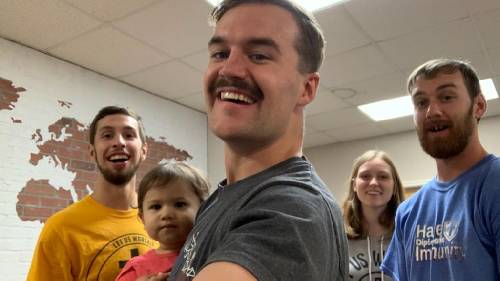 Matt Beldin and his fiance Kim (also missionaries to Cambodia) showed up at the beach house Friday night, so I made American style Nshima for everyone. Everyone loved it, we hardly had any leftovers even though I made a ridiculous amount. 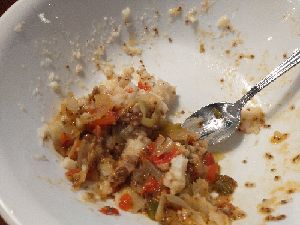 The relish was made out of onions, tomatoes, cabbage, pork, green peppers, and chia seeds to thicken it.

Nathan, Erica Jones’ boyfriend showed up a little later and he got to try and enjoy nshima for the first time. Apparently he’s wanted to meet me and I must say he’s a great guy and we get along really well.

Last week my mother’s monitor for her computer broke. “No big deal,” I thought, “I’ll just look in my house and find another.” And sure enough I did and it worked great. It was bigger and higher quality than her old one. It occurred to me that even though that better monitor was there the whole time, I would have never installed it if the old one had not broken.

So I realized that that is what trials are for. They show us that what we’re trusting in the natural is not enough and that we need to switch over to the much superior strength and power that God has already provided which is just waiting for us to wield. So the next time you go through a trial, let go of the old broken stuff that you’ve been trusting and begin to trust more and more in the neverfailing power of God.

Matt says he finished working on my invitation letter, so they just need the proper approval and then I can reapply for my visa. Pray for that, but in the meantime, I’m glad I came and look forward to helping out wherever or however I can.

I love you all,